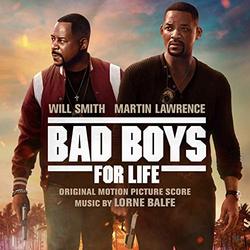 Of the score, composer Lorne Balfe says, "Adil El Arbi and Bilall Fallah are the future of film making. Working with them and Jerry Bruckheimer have been an amazing experience. Having been a fan of the original Bad Boys, it was an honor to be part of the franchise."