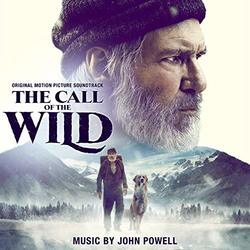 Fox Music/Hollywood Records releases the digital original motion picture soundtrack to 20th Century Studio's The Call of the Wild, directed by Chris Sanders. John Powell composed the score and also co-produced the soundtrack album and score with Batu Sener. The Call of the Wild digital score album is available today, as the film opens in U.S. theatres.

As the film takes place in the Canadian Yukon Territory during the Gold Rush days of the 1890s, Powell refers to his score as "immigrant music, a kind of music that seemed to be part of that world," incorporating banjos, accordions, mandolins, guitars, ﬁddles and harmonium with Irish, English and Scottish flavors. Powell recorded the 90-piece orchestra and 60-voice choir at the Newman Scoring Stage and 5 Cat Studios.

As told to Variety, Sanders added, "Music is the closest you can get to real magic. When we work on these ﬁlms, I always feel that we get about 50% there and the score takes you the other 50% of the way. John brought Buck's voice to the story. He did the heavy lifting, story-wise. He speaks for the wilderness - he brought the environment to life - and he speaks for Buck."

Based on Jack London's legendary adventure, The Call of the Wild is a cinematic experience of a lifetime. Twentieth Century Fox vividly brings to the screen the story of Buck, a big-hearted dog whose blissful domestic life is turned upside down when he is suddenly uprooted from his California home and transported to the exotic wilds of the Canadian Yukon during the Gold Rush of the 1890s. As the newest rookie on a mail-delivery dogsled team -and later its leader - Buck has embarked on an extraordinary coming-of-age journey that will lead him to ultimately discover his true place in the world and become his own master.