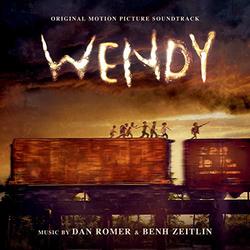 Milan Records today announces the February 28 release of Wendy (Original Motion Picture Soundtrack) with music by award-winning composer, songwriter and producer Dan Romer and the film's award-winning director Benh Zeitlin. Available for preorder now, the album features music co-written by the duo for Zeitlin's vivid reimagining of Peter Pan, which made its world premiere at Sundance Film Festival and debuts in theaters on February 28 from Searchlight Pictures. The album is the latest in a series of scoring collaborations for the duo that includes both Zeitlin's own critically-acclaimed, breakout film Beasts of the Southern Wild as well as additional titles Brimstone & Glory and Mediterranea.

Of the soundtrack, Wendy director and co-composer Benh Zeitlin says, "We set out to create a score the charges straight at you, with all the energy and reckless abandon of a toddler on a rampage. The themes are meant to feel timeless and cathartic, iconic yet dizzying. We wanted to take the ragtag back yard orchestra concept from Beasts of the Southern Wild and explode it to new heights."

The classic story of Peter Pan is wildly reimagined in this ragtag epic from Benh Zeitlin, director of Beasts of the Southern Wild. Lost on a mysterious island where aging and time have come unglued, Wendy must fight to save her family, her freedom, and the joyous spirit of youth from the deadly peril of growing up.