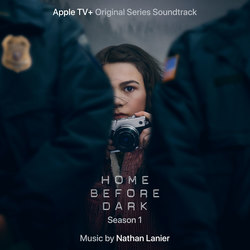 In searching for the sound of the show, Lanier experimented with instrumentation that would lend itself to the suspenseful aspect of the series in a distinctive way. He ended up discovering the Array Mbira, a hand-crafted modernized version of an ancient musical instrument that is like a mini piano but instead of keys has metal prongs that you pluck. The mysterious percussive and harp-like sound can be heard throughout the score including in the main theme of the opening titles.

Said Lanier, "It was important to me that the music in Home Before Dark empower children and give them a voice. So the showrunners and I decided to literally give them a voice by including a youth choir as a featured part of the score. The kid's performance brought such an emotional honesty to the music."

Lanier previously worked with Jon M. Chu on projects like Jem and the Holograms and Justin Bieber's Believe, among others.