'The Last of Us Part II' Soundtrack Released 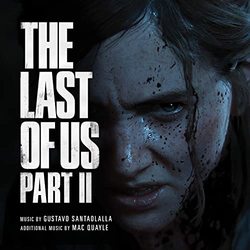 Sony Music today announces the release of The Last of Us Part II (Original Soundtrack) with music by Gustavo Santaolalla and additional music by Mac Quayle. Available now to stream and for digital download, the album features music written by Santaolalla and Quayle for the second installment of the fan-favorite action-adventure game from Sony Interactive Entertainment. Developed by Naughty Dog, The Last of Us Part II will be available for PlayStation® 4 (PS4™) system on Friday, June 19.

Of the soundtrack, composer Gustavo Santaolalla says, "Composing the music for The Last of Us Part II represented one of the biggest challenges of my career. Diving into the universe of the first game inspired me to come up with sounds, instrumentation and moods that became very closely related to the story and the characters. Fortunately, people found in the music the precise emotional support that a story such as The Last of Us required. The way in which fans related to the score of that first game is something I had never experience before.

In that context, writing new music for Part II demanded from me even more soul searching and more experimenting. So just as in the first game, where the acoustic guitar and the vintage 6 string bass played an important role in the narrative, this time the banjo, a special classical guitar (fitted with strings that are an octave lower) and my ever-present ronroco, became the story tellers of the score. Once again, I could only conceive the emotion that drove me to compose this music thanks to the amazing, multilayered story that is The Last of Us Part ."

"Gustavo is a legend and working with him on this game was a fantastic experience. However, the relentless tension and aggression needed for the score still has my adrenaline levels surging! "adds composer Mac Quayle.