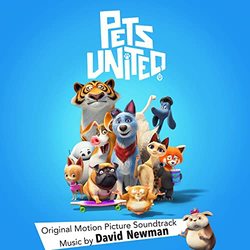 Of the soundtrack, composer David Newman says, "I found inspiration for the music of Pets United from the film itself. It is so lush and provocative. I always look to the film, the story, the characters for inspiration. The theme of different people working together to solve a problem is a wonderful metaphor for our global society."