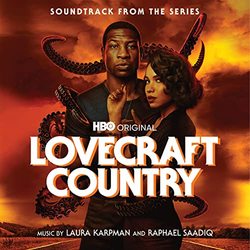 WaterTower Music is pleased to announce today's release of the 62-track Lovecraft Country (Soundtrack from the HBO Original Series), featuring music from the first season of Lovecraft Country, which airs on HBO/ HBO Max, and is based on Matt Ruff 's novel of the same name.

Karpman discussed working on the show and the soundtrack. "I am so proud to be a part of this project along with my partner and brother Raphael Saadiq. We both owe a huge debt of gratitude to (Lovecraft Country Executive Producer) Misha Green who gave us a wide palette to musically explore every conceivable genre while focusing on the hearts and souls of our heroes. The album" continued the composer, "is organized by episode, hopefully taking the listener back to many visceral moments in this remarkable series."