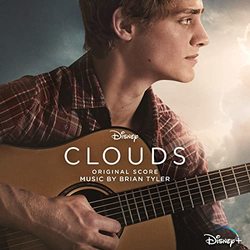 The score was produced by Tyler and Nathan Alexander. In addition to contributing vocals on select tracks, Tyler also plays guitar, bass, drums, percussion and piano on all 20 tracks.

"Brian is one of the most kind, talented and intuitive composers in the world and working with him on 'Clouds' has been a dream. Despite all the obstacles the pandemic and lockdown presented, Brian overcame and found a way to create one of the most beautiful, raw and ethereal scores I have ever heard. I will forever be in debt to the delicacy and care to which he handled our film and Zach's musical legacy," said Clouds director Justin Baldoni.

Reflecting on his work on the film Tyler said, "Composing the score for Clouds was truly one of the most incredible and personal experiences of my life. It meant so much to me to honor the life of Zach Sobiech, an amazing human being and blossoming songwriter that was taken from us too soon after succumbing to cancer at age 17. I wanted to channel the spirit of Zach in the music that would accompany the film telling the story of Zach's life and that was no small task. I reached for inspiration from his own original music while wanting to compose a score that perhaps he would have written if he lived on and perhaps became a film composer. I found myself composing for echoing bells, cascading pianos, canopies of analog synth pads, and atmospheric guitars. One of the most important aspects of the music was my most human instrument: my own voice, which I utilized as a main textural component reverberating through the entire score. I can't say enough about our brilliant director Justin Baldoni who told Zach's story with such heart. At the end of the process, I realized I had written my most emotionally personal score. Working on this film was an experience that will be with me forever."