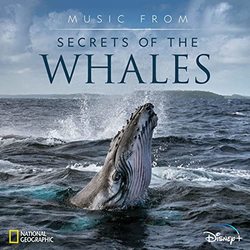 Commenting on her score Thibaut said, "Music is very often thought of as a man-made thing, but the series has taught me that music is actually all around, especially in nature, especially around the whales. To me, it was like creating music out of the ultimate original music, the whales singing, the waves crashing. I used rolls and cymbals to illustrate the waves, and lush strings to illustrate the majestic movements with these huge animals. And I did it almost instinctively, I believe because of our deep connection with them."

"I've learned so much about whales through this show. The whales' societies are very similar to our society as humans, and it's just incredible to find out about all these cultural differences they have depending on where they live. All these things really helped me to relate even more and to convey emotion through my music and I hope the same will happen with the audience. "