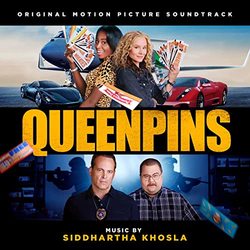 Of the soundtrack, composer Siddhartha Khosla says, "It was an absolute joy to work with the brilliant Aron Gaudet and Gita Pullapilly in helping bring their smart and funny vision to life. Working alongside them and editor Kayla Emter was a dream collaboration. Thanks to Jason Markey and the music team at STXfilms for all their support in the process. So proud of my team and our little film."