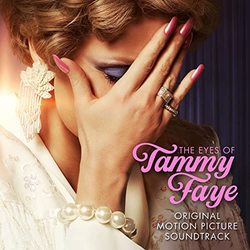 Emmy-nominated composer, Theodore Shapiro composed and produced the Original Score album, which was recorded at Abbey Road Studios in London.

Chastain, whose previous musical experience was limited to college, performs songs in the film. Drawing inspiration from Tammy Faye, she dove right into an area outside of her comfort zone. "She was never embarrassed," the actress added. "People were drawn to her because she was unique. She used her platform to advocate for a celebration of our differences, and knowing that made it easier for me to perform."