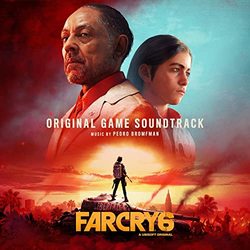 Composer Pedro Bromfman said of the soundtrack release, "The album is based on a very modern score, drenched in lush soundscapes, driving percussion, processed organic instruments and a ton of synthesizers." He also explained the inspiration behind the score, "We tried to capture the soul of Yara, and its characters, by rooting the score on traditional Latin American and Caribbean music, while being completely free to experiment with contemporary sounds, elements and techniques, in hopes of creating something very fresh and unique."

Finally, Bromfman stated, "The score for Far Cry 6 overflows with distinctive, haunting melodies and character themes, accompanying and further immersing the players in their amazing journey through Yara. A journey full of beauty, violence, adrenaline and passion."