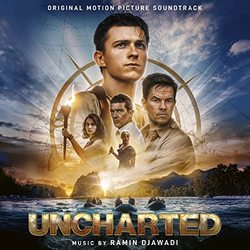 Of the soundtrack, composer Ramin Djawadi says, "What a great pleasure it has been creating the score for Uncharted, an adventure movie that is not only fun but also funny. Adapting this well-loved video game for the big screen in collaboration with director Ruben Fleischer, set the stage for an expansive score that I hope will delight fans of adventure far and wide."