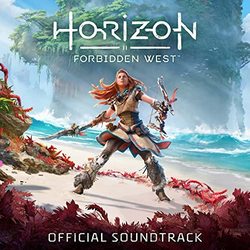 Today's album is the first of new music from the game and will be followed by two additional album releases next month. The second album in the three-part collection, Horizon Forbidden West (Original Soundtrack – Volume 1 & 2), will be released in full Friday, March 11. The third and final soundtrack, Horizon Forbidden West (Original Soundtrack – Complete Collection) arrives Friday, March 25 and will include over 5 hours of music from the game.