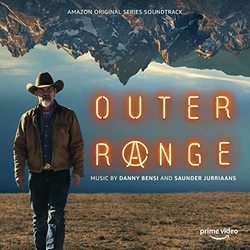 Of the soundtrack, composers Danny Bensi and Saunder Jurriaans say, "Composing the music for Outer Range was an incredible opportunity for us to spread our creative wings, melding all the strange and wonderful things we've learned in our musical careers. The team was so open and encouraging, there was a real sense of trust which gave us a confidence to push the boundaries wherever we could. The music of the show grows throughout the series from strange, minimal, manipulated sounds and small electro-organic groups to sweeping string orchestras, choirs and epic electronic soundscapes. While the music illustrates the grand fantastical mysteries of the story, it also reflects a dark, quirky sense of humor."