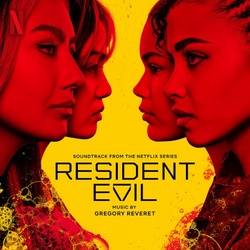 The soundtrack also features "My Heart Has Teeth," a brand-new original song from a long-time fan of the franchise, critically acclaimed electronic musician deadmau5 featuring pop vocalist Skylar Grey. For his soundtrack contribution, deadmau5 drew upon his older JUNO and Jupiter synths forgoing trendy analog synths and sci-fi features, resulting in a grindy, downtempo vibe. "'Dystopian suburbia' is the kind of vibe I had in mind when making this song. It's been pretty cool because I like that weird, corporate overtone of this entity that owns the village if you would. I just imagine what that would be like while roughly composing the song with of course the vocal accoutrement of Ms. Skylar Grey. She's an amazing talent to work with and she just nailed the lyrics." Look for the song to be available as a single on deadmau5' label mau5trap soon.

Of the soundtrack, composer Gregory Reveret says, "I wanted to explore and push the boundaries from the earlier sounds of the franchise while delivering a fun, action-packed score that would give fans something they could really enjoy and have fun with. The thematic material needed to be bold, to really serve as a continuous thread between the two timelines in the story. I bought this obscure lab/test-equipment that was originally used in NASA laboratories and is not really supposed to make music, but it sounds really interesting and alive. It gave the music a cool industrial edge and eventually became a main feature of the score. Much of the story is based in my hometown of Cape Town, South Africa, so I also worked with local musicians and recorded a South African orchestra, which is something I'm very proud of."