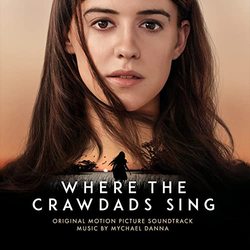 Today, Decca Records release Mychael Danna's highly emotive original motion picture soundtrack to 3000 Pictures' Where the Crawdads Sing. The mystery thriller/drama film is based upon the novel by Delia Owens, directed by Olivia Newman from a screenplay by Lucy Alibar, and produced by Reese Witherspoon and Lauren Neustadter.

The ethereal soundtrack has been written and composed by Oscar and Emmy award-winning film composer Mychael Danna who is recognised for his evocative blending of non-western traditions with orchestral and electronic music.

Danna called upon unusual instrumentation to capture the sound of the marsh, working with a musician who collects shells, conches, and other natural marine musical instruments and matching these with the traditional musical instruments of the region, such as the banjo, fiddle and autoharp.

Of his choice of instrumentation, Danna explains "One of the major characters in this story is the setting: the marshes of North Carolina. Kya grows up here in the marsh, it is her life, her love, and her study. It was vital to Livi (Olivia Newman) and me to center the music in the natural world that suffuses virtually every frame of this film, as the marsh is at the heart of Kya and at the heart of the story."

"As a composer, Mychael is one of the best in the world at creating textured, evocative scores that throw the moving image into stunning relief," says director Olivia Newman. "And Where The Crawdads Sing is no exception—its unique instrumentation creates haunting melodies that are directly inspired by the North Carolina marshlands, and meticulously crafted to foster an almost fable-like sense of time and place."

In addition to Danna's score, the soundtrack includes the brand-new original song "Carolina" written and performed by 11-time Grammy winning superstar Taylor Swift, who composed the hauntingly beautiful track with producer Aaron Dessner upon having been inspired by her love of the book.

Of Swift's new song, producer Reese Witherspoon said "She's a beautiful songwriter who understands so much about folk and country music, and it's her appreciation of those genres that made the song so perfect for this film. And who doesn't love a gorgeous, haunting Taylor Swift song?"

Swift used instruments from the era of the film's setting (1969) in creating the song. "About a year and half ago I wrote a song about an incredible story, the story of a girl who always lived on the outside, looking in. Figuratively and literally." Says Swift "The juxtaposition of her loneliness and independence. Her longing and her stillness. Her curiosity and fear, all tangled up. Her persisting gentleness… and the world's betrayal of it. I wrote this one alone in the middle of the night and then Aaron Dessner and I meticulously worked on a sound that we felt would be authentic to the moment in time when this story takes place. I made a wish that one day you would hear it."