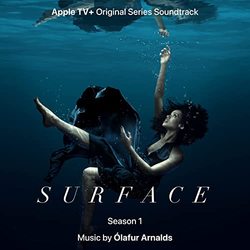 Ólafur Arnalds' soundtrack compliments 'Surface' and its suspenseful and enthralling tale of mastery. Well-acquainted with the elements needed in an evocative score, Arnalds' Surface OST follows his BAFTA-winning score for British drama and international phenomenon, Broadchurch. His contemporary classical influences and distinct electronics have delivered a thrilling accompaniment to this stirring series.

Of making the new soundtrack, Arnalds says, "One of the first things that came to my mind was to work with the idea of memory loss in the music. I created magnetic tape loops with simple motifs or ambiances. I then let those tape loops deteriorate over time until they started feeling distant and distorted. This turned out to be a very inspiring musical metaphor to build the rest of the score around. Somehow nostalgic but scary at the same time."