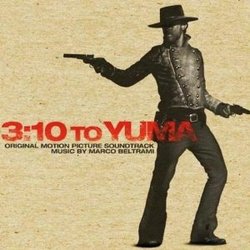 The Western might be the only venerable genre of the grand golden age of film which is still struggling for resurgence. The epic has been back in full swing since 2000, in the guise of both sword & sandal (Gladiator) and religious-themed (Passion of the Christ). Grand fantasy not seen since the days of Sinbad and Jason and the Argonauts has seemingly trumped science fiction thanks to the crowd-pleasing Lord of the Rings and The Chronicles of Narnia series. And even the movie musical, assumed to be forever relegated to a time of cheery optimism and hope long since past, surprisingly re-emerged anew, first by way of an animated face-lift (Beauty and the Beast) and soon after in both current pop (Moulin Rouge) and extravagant Broadway formats (Chicago, Dreamgirls). And yet, despite some highly praised and enjoyable attempts, such as Unforgiven, winner of Oscar\'s 1992 Best Picture, and Tombstone, a kinetic, popular favorite, no one seems able to fully inject lasting life back into the corpse of the cinematic Western. 3:10 to Yuma provided another bolt of lightening, however, as the two lead performances of Russell Crowe and Christian Bale garnered unanimous praise and found box office success with audiences over late summer 2007.

Marco Beltrami was assigned the task as composer, not surprisingly as he has been on a composing hot streak in recent years with not only a wide variety of high profile, big budget projects, but also genre fare which assures him a unique loyalty from fans akin to what Jerry Goldsmith and Hans Zimmer were showered with in recent times. For a composer, there are certain genres in film, such as the Western, which often provide a broader canvas upon which to paint musically, whether by embracing its expansive visual quality or unique instrumentation. Beltrami aims for Ennio Morricone territory in terms of style and instrumentation, which in today\'s cinematic climate is seemingly more accepted by studios and audiences than the full-blooded orchestral melodicism of Elmer Bernstein and Jerome Moross. It does afford Beltrami to make use of really interesting timbres in sparse groupings, akin to 60\'s era Goldsmith Westerns as well. In a track such as "Ben Takes the Stage / Dan\'s Burden", it is a real treat to hear timpani set against dulcimer, dry percussion clacking against electric guitar and staccato strings all in propulsive setting, as the main theme emerges, a short, downward and downtrodden 5-note phrase.

Acoustic guitar takes the stage along with tack piano in "Man of His Word" as action heats up again in "Barn Burn", by way of a mix of pizzicato and bowed strings, dulcimer, guitar and rolling drums. The main theme returns on dulcimer in "Chinatown,", but in a more menacing tone. Another highlight is found in "Chinese Democracy" where the score leans on the Morricone stylisms in wonderful fashion, moving from acoustic guitar presentation of the theme and onto grinding, rhythmic action featuring high solo trumpet. Effective, lonely atmosphere is set in "One For The Road / Storm Clouds", followed by further suspense and action cues, culminating in the sympathetic strings and guitar of "One Man Left", the return of the Morricone trumpet in "Bible Study", the jangly, rhythmic "Who Let The Cows Out?" and finally a winning, well-rounded presentation of the theme in "3:10 to Yuma".

While the material cannot quite sustain the entire album running time, it is nonetheless memorable and engaging. The big, sprawling sound from the heyday of the Western might never return in the same fashion, but at least filmmakers are allowing the music to be influenced by instead of merely parodying Ennio Morricone. This should allow composers the chance to experiment with timbres and textures perhaps new to their work. I really found much to love in this score so I of course recommend it to Beltrami fans, but also to any who might be new to his work or curious as to how the sound of the film Western is expressed in 2007.