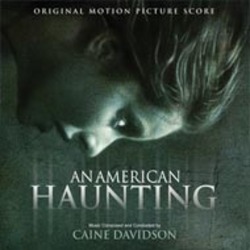 Once in a while, a score I'm reviewing receives so much praise that I find myself puzzled as to why the music left me cold. It happened before with Tuomas Kantelinen's Mother of Mine, which received lavish reviews praising its emotional string work but which I found rather unoriginal and quite transparent. Now I am faced with a horror score from a debuting composer that has been described as a ghoulish good ride filled with ingenious performances and I am sad to say that I found nothing particularly ghoulish or ingenious about it.

The movie itself, announcing its story as the only recognized case in American history where a spirit caused the death of a human being, got a slew of bad reviews that quickly drowned the movie to a measly 11% on the Tomatometer. Yet, ludicrous movies have received good (sometimes even stunning) scores in the past, so the quality of the music need not be judged by the quality of the script or the acting. Up-and-coming composers often display an exuberance and a lack of cynicism which allow them to sometimes go beyond the trite material on screen and pour all of their energy into a project that might not deserve it. Newcomer Caine Davidson, mustering the power of the legendary London Symphony Orchestra (which must have been both daunting and exhilarating), shows some good chops in his score to An American Haunting. He has learned from his teachers and knows how to compose a horror score that balances the joyful innocence of a bygone era with the dissonant attacks expected of the genre whenever a ghost manifests itself.

To deserve the eulogies this score received, however, I expected more. I was looking for creativity; I found a respect for the established rules. I was looking for energy; I found music that continually obeyed the speed limit. I was looking for a desire to be different; I found an acceptance of similarity. The score is content to travel the road well paved: we continually hear the nauseating dissonance of the violins, the percussive hits, the repeated alarm trills of the brass, the unsettling voice of a boy foretelling the loss of innocence. The only sign beyond the line of demarcation is Davidson's use of a synthesized or processed effect in "A Violent Attack" which sounds like a volley of demonic crows attacking you left and right, a welcome (and eerie) addition to the orchestral attack led by the sing-songy violins articulating a staccato motif which overstates its welcome as the score progresses. Beyond the music itself lies the overall energy of the sound which lacks power, although whether to blame the recording or the orchestrations themselves I am not sure. I was expecting the LSO to pack an energetic wallop, but An American Haunting is strangely weak in the way each section sounds downsized and alone. On the other end of the spectrum lies a score like Jerry Goldsmith's The Haunting with its powerful, reverberated orchestra giving the music an epic feel; Davidson's score is more intimate, yes, but also a little too small in sound to carry the necessary frights.

Now, perhaps more than ever, it is impossible to assign the blame on any one person. Sometimes, ineffectual music is the result of a composer's limited talent; other times (too often, unfortunately), it stems from the much deeper problem of studio-imposed conformity. An American Haunting, despite its unwillingness to experiment, does show a solid understanding of the way music is written for a film and, while it doesn't break any new ground, it more or less works. As such, I have no doubt that Davidson's music will impress me in a future project, one in which he'll hopefully be given the license to explore new sounds and techniques and craft a voice for himself. For now, though, An American Haunting hides itself in the crowd of anonymity, turning the auto-pilot on and safely drifting amidst a sea of familiar dissonance for almost an hour.