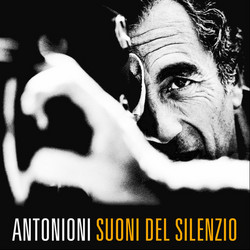 This release includes four CDs for four films from the director's early Italian masterpieces commonly referred to as the "Lack of Communication Cinema." The series begins with L'avventura, the harrowing tale about a missing woman whose disappearance leads to a new and conflicted romance between her man and her best friend. The music by Giovanni Fusco is a spirited reflection upon the Southern Italian setting, including the breathtaking final shot at Taormina. The collection includes all the original music used in the film, plus several previously unreleased alternate takes.

The series continues with La notte, starring Marcello Mastroianni and Jeanne Moreau as an unhappy married couple whose life is about to be changed by a decadent party. This time the music was written by Giorgio Gaslini who not only wrote the music buts was required to appear and play his own compositions during the shooting on the Milanese sets (he and his quartet can be seen prominently). The music is largely made up of addictive jazz pieces which play as source music at the party with several takes that didn't make it to the final film.

L'eclisse pairs up Monica Vitti with French actor Alain Delon in a doomed romance between a neurotic girl and a young broker who can't seem to keep her despite the obvious attraction. Antonioni returned to his traditional composer Giovanni Fusco who opens the score with an energetic twist performed by Italian singing sensation Mina—until the opening titles come to a screeching halt. Fusco's dissonant underscore was spliced up for the film and the cues went largely unused, so the composer's original intention makes its debut on this record. The CD also includes a special bonus—alternate, foreign language versions of Mina's song recorded for different European markets.

The cycle concludes with Il deserto rosso, Antonioni's first movie shot in color. This time Monica Vitti plays the wife of an industrialist whose car accident left her traumatized and unable to connect to humans with the exception of a new potential love interest, a business partner of her husband (played by Richard Harris). Fusco's incredibly sparse underscore is augmented with electronic cues recorded by Vittorio Gelmetti and vocal overlays performed by the composer's daughter, Cecilia Fusco. Since the film had very little music, the original CAM LP featured cover recordings of Fusco's "Il Surf Della Luna," performed by such giants of the Italian film music scene as Piero Piccioni or Piero Umiliani.

This release includes the most complete release of these soundtracks, featuring much more music than the previous single CD compilation released by CAM in 1992. L'avventura includes the complete original soundtrack program in full stereo plus so many alternates that the running length is almost doubled. The original "Main Titles" theme appears here for the first time! La notte has the same contents as the previous release by Quartet Records, currently out of print. L'eclisse was previously only issued on an EP that included Mina's "Twist" plus source music—this CD marks the first ever release of the largely unused underscore cues. Finally, the complete original LP program of Il deserto rosso is presented (including five cover versions of Giovanni Fusco's song), whereas previous issues only featured selected portions of Side A on CD.

The four scores are presented on separate jewel box CDs, and have been carefully mastered by Claudio Fuiano from its first generation master tapes. They are complimented by richly illustrated booklets and detailed essays on the films and the scores written by Antonioni expert Miguel A. Barroso and Gergely Hubai. As the title indicates, Antonioni's movies were famous for its beautiful scenes of silence, but we hope to present that the music that was written for his films are equally worthy of attention and will not only delight fans of the director or the composers, but also scholars who can gain a new understanding of Antonioni's cinema through the music that appeared (and on several occasions, didn't appear) in his films.