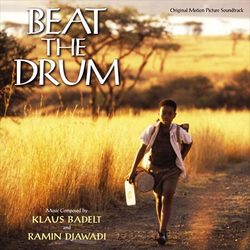 Klaus Badelt (The Time Machine, Poseidon, The Promise) and Ramin Djawadi (Blade: Trinity, "Prison Break") composed a score for a small film shot in South Africa back in 2003 that is finally getting a release from Varese Sarabande. The score is generally low-key, especially given much of the composers other action-dominated work, but the atmospheric and, at times, ethnic tones of this score support the South African imagery without becoming too prominent. What did surprise me was the lack of percussion utilized in the score. The best comparison for Beat the Drum is to the quieter moments of Badelt\'s The Time Machine.

The album opens with the beautiful "The Village", which introduces both the score\'s main theme and its subtle ethnic textures. The primary instrumentation is strings and woodwinds performing sets of chords with brass in the background for added color. While the theme is not as prominent a melody as in The Time Machine, the orchestration pattern is similar, again, to the quieter parts of that adventure score. A few tracks on the album specifically introduce minor themes for certain characters. "Musa\'s Theme" presents a simple theme in the woodwinds that returns periodically throughout the score. The cue ends with a larger orchestral statement of the theme. Near the end of the album is "Thandi\'s Theme", which is performed on the acoustic guitar.

The best parts of this score are the more heavily orchestrated ones, such as "Thandi/Sacrifice" and "The Journey". The latter utilizes both Musa\'s theme and very light percussion, one of the only appearances of it in the score. More ethnic styles are used in "What Has Happened" and "Wait For Elder". The two-part "Wash for a Rand" is a nice fusion of acoustic strings and electronic elements. The latter style later in the score provide percussion effects where real drums probably would have functioned better ("Jo\'Berg", "The Muthi Market", "One More Stop"). However, this two-part cue provides a light atmosphere and is a nice contrast to some of the slower cues.

The true highlight of the album is the final cue, "Brand New Day", which introduces the score\'s first vocal component in the form of a subdued African choir behind a slow piano melody. The choir\'s presence builds toward the end into a powerful cue with a bit of percussion behind it. Nevertheless, in terms of thematic, percussive, and choral elements as a score to an African film, Beat the Drum does not compare well to other scores such as The Power of One, Tears of the Sun, or Blood Diamond. Nevertheless, the score did grow on me with repeated listens. It is a more subtle score than I had expected, but presents a majestic and beautiful tone for South Africa that some other scores in the genre have not. Fans of Badelt\'s past work or African-influenced film scores will want to give it a chance.