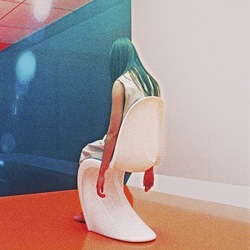 Beyond the Black Rainbow

JAGJAGUWAR & Death Waltz Recording Company are proud and excited to release a true masterpiece into the world with the soundtrack to Panos Cosmatos' Beyond the Black Rainbow. Posited as a "lost film" of the 1980s, the film is inspired by classic dystopian fiction and the obscure SF movies you used to see on the shelves of the local video store when you were a kid.

As such, the brilliant soundtrack by Sinoia Caves—aka composer Jeremy Schmidt—blends seamlessly amongst its influences of Tangerine Dream, Wendy Carlos, and of course John Carpenter, with the latter's mark heard on the oppressive synth percussion of the main titles and the catchy melodies heard throughout.

Schmidt's score is many things—haunting, uncompromising, intense—but is always a fascinating listen. While the seemingly retro-modernist sound is almost its own genre now, the music doesn't come across as an imitation, and instead stands on its own as a genuinely original work. Using familiar elements such as the mellotron and the processed vocal samples, Schmidt puts it in that 70s-80s aesthetic and then builds a beautiful and terrifying score with those tools. Simply put, Beyond the Black Rainbow is an astounding piece of work and must not be missed. Do you read me?

The Death Waltz Recording Company version is exclusive to Europe & housed inside a super glossy Stoughton tip on (Casebound) sleeve complete with an Obi strip and comes on smoked clear and red vinyl with sleevenotes from the composer.