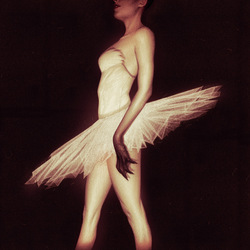 Clint Mansell's score for Darren Aronofsky's film Black Swan (2010) is a unique creature in itself—adapting Pyotr Ilyich Tchaikovsky's Swan Lake and deconstructing it into a modern film score for a twisted fairy tale. Purists may cringe at the idea of modifying Tchaikovsky's seminal work, but it honestly results in one of the most unique and resonant film scores of the last 10 years, and easily one of the most remarkable examples of music adaptation in film to date.