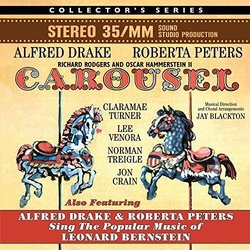 The album was recorded on 35mm magnetic film, producing a rich and fulfilling musical experiences while preserving the dynamic sense of theatrical realism and sonic intensity. The recording is coupled with Alfred Drake and Roberta Peters' follow up album Sing the Popular Music of Leonard Bernstein produced by Enoch Light and featuring songs from West Side Story, On The Town, Wonderful Town and Candide.

Both recordings make their debut on CD and have been digitally remastered from stereo reel to reel tape. The release continues Stage Door's Collector's Series, a line of limited edition CD products presented in the retro style of a miniature long-playing record. All Collector's Series titles are limited to 500 units.