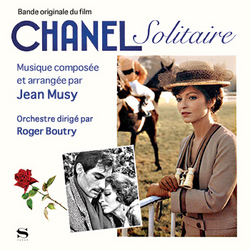 This is the CD premiere for Chanel Solitaire (1981), a gorgeous soundtrack by a composer known primarily as arranger and accompanist for many famous French singers.

Performed by the Orchestre symphonique de la Garde républicaine conducted by Roger Boutry, the music from Chanel Solitaire remains true to the sound of the early 20th century period, relying on a wide variety of deeply sensitive themes. While the original LP soundtrack included only thirty minutes of orchestral music, our release offers an extended version that should meet the expectations of all romantic listeners.