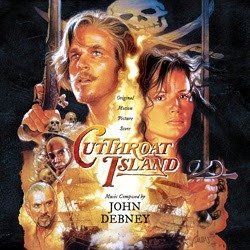 Produced by Neil S. Bulk and newly mixed and mastered by Mike Matessino from high resolution digital 3-track elements, this 2-CD re-issue of one of Debney's finest works showcases all-new art design by Jim Titus and new, in-depth liner notes from writer Jeff Bond, featuring new comments from Debney and director Renny Harlin. This is a limited edition of 1500 units.