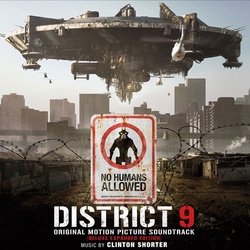 There is also a limited, variant pressing of 100 copies on colored vinyl.

Released for the first time on vinyl, the deluxe expanded album includes the eleven tracks from the original 30-minute album, plus, for the first time in any format, an additional eight bonus tracks comprising 25 minutes of previously unreleased original score. From its sublime, droning rhythms to its frenetic tribal beats, the score by composer [c]Clinton Shorter[] provided the perfect backdrop to compliment to the on-screen drama, now cemented in time as a fan favorite and cult classic.