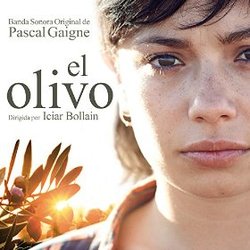 Pascal Gaigne has written a very emotional, sensitive, minimalist score. Performed by the Bratislava Symphony Orchestra under the baton of David Hernando Rico, where different soloists act as the inner voices of the characters—especially piano, strings and accordion.

This album represents, once again, the powerful and unique voice of Gaigne within the contemporary European film music community. Being El Olivo a short score, the album includes as a bonus tracks a selection of the previous works of the Gaigne-Bollain collaboration: Katmandú, un espejo en el cielo, the documentary En tierra extrańa, and the complete and previously unreleased score for Flores de otro mundo.