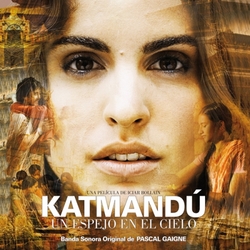 Laia, a young Catalan teacher, is moved to Kathmandu to work in a school. There she discovers extreme poverty and a bleak educational landscape which also excludes the poor people. After a marriage of convenience to legalize their situation, she embarks on an ambitious educational project in the slums of the city, but soon realizes that he needs help to make it happen. At the same time, unexpectedly, Laia falls in love with her husband. Together with a young native teacher named Sharmila, the two women embark on a journey to the bottom of the Nepalese society and also to his own heart.

This emotional Drama based on a true history is the new film directed by Iciar Bollain (Even the Rain), and his second collaboration with French composer Pascal Gaigne, after Flores de otro mundo in 1998.