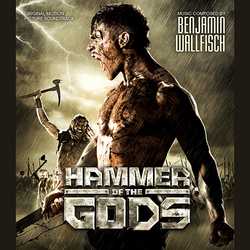 Hammer of the Gods

Directed by newcomer Farren Blackburn, the film features an edgy and modern score composed by Benjamin Wallfisch, the composer of last year's adventure score Conquest 1453 and The Escapist and the orchestrator/conductor of Oscar-winning score Atonement by Dario Marianelli.

Influenced by acts such as The Prodigy and Skrillex, Wallfisch has created a unique and challenging action score filled with adrenaline rushes and pounding excitement! Our CD and digital release co-incides with the US release of the film.