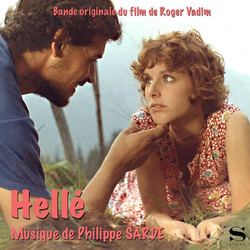 The gentle main character and the countryside setting inspired Philippe Sarde to write a highly melodic theme that lends itself to many variations and instrumental combinations. Whether performed on flute and guitar, by Anne Lonnberg's solo voice, in an arrangement for piano and a small string section, or by a symphonic orchestra with a large choir, this melody seduces by its grace and fluidity. It is music of celestial accents, reminiscent of the angelic realm to which Hellé's character is associated in the mind of the enamored Fabrice.

This limited edition of 500 copies, licensed by Gruppo Sugar and produced with the collaboration of Philippe Sarde, comes with an 8-page color booklet.