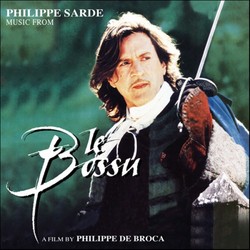 Long-awaited and completely remastered reissue of one the most esteemed works of legendary French composer Philippe Sarde.

The director's choice of Philippe Sarde was an inspired one. Sarde composed an incredibly powerful and elegant score—including a remarkable love theme—dominated by an unforgettable main theme. The score is superbly performed by the London Symphony Orchestra, including some period-instruments soloists.

The music included on this new Quartet CD is the same that appeared on the album released only in France in 1997 by Virgin. That album quickly went out of print and today is very hard to find. No more music was recorded. In fact, this CD contains more music than was heard in the movie.

We have also included a very special bonus track: an unknown and incredible concert work by Sarde that has remained completely unreleased until now: the Concierto por la Tierra (Concerto for the Earth), which was written for a 3-D documentary released to open the Universal Exhibition of Seville (Spain) in 1992. The concerto, a symphonic piece in five movements, is also performed by the London Symphony Orchestra.

The package contains a 12-page full color booklet, with liner notes by Stéphane Lerouge, including a previously unpublished interview with Philippe de Broca and Philippe Sarde about their work together on Le Bossu.