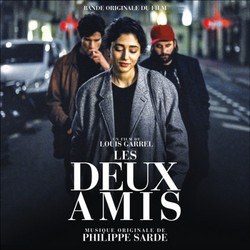 New score by legendary composer Philippe Sarde for the directorial debut of young French actor Louis Garrel. Garrel wanted an intimate score for his film—one that would be reminiscent of music from films by Claude Sautet, Georges Lautner or Andre Tecchine. That sound could only be provided by Sarde. Sarde's sensitive effort involves all the feelings and sensations—both shown and hidden—in the film. The music was recorded in Paris, at l'Église du Liban, whose sensational acoustic provides added value to this special score.

The album also includes the complete and previously unreleased score composed by Sarde for the 2012 Italian film E la chiamano Estate, directed by Paolo Franch. The music was recorded at Abbey Road Studios with the London Symphony Orchestra.