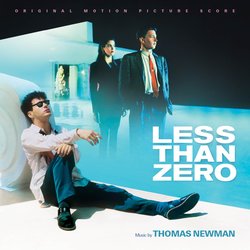 Mr. Newman's sumptuous musical dreamscape makes its long-overdue debut with this release. Beautiful, sad and haunting, Less than Zero is an early and notable entry in an incredible, ever-growing body of iconic film scores that have become permanently woven into our cinema culture. Supervised by the composer, produced for 20th Century Fox by Nick Redman and produced, edited and mastered for La-La Land Records by Mike Matessino, this special limited release of 1500 units includes exclusive liner notes by writer Julie Kirgo, a note from the composer, and sleek art direction by Jim Titus.