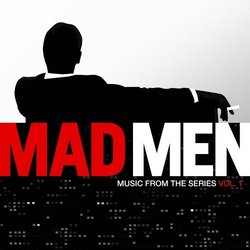 The absolutely brilliant conceit of Mad Men, the award winning AMC cable TV series from the US, gives us an ensemble cast of attractive actors set in a turn of the 60's New York Ad agency locale and allows the writers to microscopically dissect the grime under the superficially perfect patina of these proto-Masters of the Universe.

The series' sense of time and place is impeccably recreated. The set design, wardrobe, and make up are a wonder to behold. The Madison Avenue offices of Sterling-Cooper are realised with a knowing eye for detail, and within this mise en scene, the comings and goings of the agency's ruthlessly competitive ad men are stunningly brought to life. Wreathed in cigarette smoke and with a hip flask a de rigour accoutrement, 1960 never looked so cool.

As the first season unfolded and we were getting used to the series' main protagonist, the driven and mercurial Don Draper, cracks began to appear in these breezily perfect lives. Alcoholism, self-doubt, infidelity, racism and mental illness all bubble to the surface and splinter the veneer. It was the look of the series that drew us all in, it was the perceptive and intelligent writing that kept us watching.

By definition the soundtrack release of Season One of Mad Men largely reflects the superficial gloss of the series. Accurately recreating aurally what the series does visually, the CD is lush soundscape of well known standards of the era. Vic Damone, Ella Fitzgerald, Rosemary Clooney, Gordon Jenkins are all present and correct. Julie London pitches in with her version of "Fly me to the Moon", which coincidentally was used here in the UK a few years back very successfully in an ad campaign for Ford's latest coupe The Probe. For the most part you can sit back with a faraway look on your modular sofa, whiskey tumbler in one hand, and cigarette dangling in the other and bang - you're there in 1960 Manhattan.

The main theme, a descending mobius strip of quasi-classical hip hop lushness is called "A Beautiful Mine" and was written by Eddie Hayes, aka Aceyalone. It suits the opening credits perfectly and is used so sparingly as to leaving you wanting more, and here you can enjoy it in all its 5:29 glory.

The standards are well chosen, from the obvious choices such as "Manhattan" by Ella, and The McGuire Sisters robust version of "Volare", its easy when listening to conjure up the series in your head.

There is underscore here, composed by David Carbonara, and for the most part is suitably easy listening. He does offer a few tracks that get under the skin of the series main protagonists, and in the track "Mad Men Suite" reflects the self doubts and underlying melancholia of some of the characters. The song "Babylon" jars slightly as a listening experience when set against the rest of the CD but it features aptly in the episode of the same name, wherein Don visits a Greenwich Village beat club and hears a singer plaintively singing this lament which cuts Draper to the bone. The song, originally made well known by Don McLean illustrates the flip side of the dream that Draper is determined to keep going by sheer force of will alone.

The Mad Men soundtrack is a great audio representation of the shows biggest draws, the glamour, the high life, the gloss, and the nostalgia for a perceived utopian era.