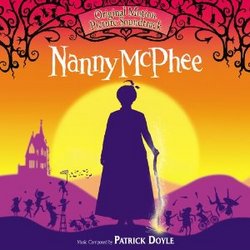 As I write this, the Winter Olympics are quietly roaring in the background. As I\'ve watched the coverage each evening and listened to Patrick Doyle\'s whimsical new score for Nanny McPhee in the afternoon, I\'ve been struck by how many sights have been branded with a musical sound. For instance, the Olympics for many years were synonymous with John Williams\'s particular brand of brass heroics. Williams even composed several Olympic themes. But have you noticed whose music has accompanied NBC\'s montages in the 2006 Olympics? Hans Zimmer\'s. Zimmer\'s music has defined the Jerry Bruckheimer sound and has become associated with modern day heroics. So just as his sound now accompanies action movies, whether he scores them or not, his sound now accompanies the pinnacle of sports competitions.

Quirky, visually delightful movies for children and adults alike have similarly been branded by Danny Elfman. His style of march and polka rhythms played boisterously by brass and strings and boy\'s choir accompanied by celesta and strings is instantly recognizable and has defined the sound of those movies for the past decade. It is no surprise that Patrick Doyle resorted to those cliches in the second cue of his score for Nanny McPhee, a quirky, visually delightful movie about an ugly Nanny who saves a young family through her magic and discipline. "No More Nannies" comes straight out of the Elfman playbook and prepared me to be underwhelmed by Doyle\'s effort.

Fortunately, Doyle is an original and thoughtful enough composer to break out of the brand and craft a compelling score. The level of craftsmanship and intelligence that he always brings to a project is present even in the smallest moments such as "Lord of the Donkeys," a delightful little cue that is vintage Doyle. A lilting violin in duple enters with a folk-like melody. After the melody is complete, a flute enters with a flighty counterpoint, the two instruments dancing around each other for the entire cue. It is as whimsical and quirky as anything I\'ve heard for a children\'s movie in a while and has a sound all its own.

Doyle and his orchestrator Larry Ashmore also do something smart that many film composers and orchestrators seem to forget today – they provide careful instrumentation that matches the spirit of the movie rather than following tried and true formulas. In "Toad in the Teapot," the tinkling sound of the harpsichord with flute obbligato is pitted against the host of low brass. It\'s hardly a fair contest and the resulting sound is unique and true to the movie\'s spirit, especially as it harkens back to the opening cue, "They\'ve Eaten the Baby," which paired the harpischord with bassoon.

Of course, not everything is goodness and light in the best children\'s scores and Nanny McPhee is no exception. It is full of cues that plumb the movie\'s emotional core. In these cues, such as "Our Last Chance," Doyle\'s unmistakable style shows through in the rich string choruses that slowly modulate without ever seeming to move. And Doyle caps the score off with a lengthy cue, "Snow in August," that effectively combines the two styles. It starts off with the same beautiful, slow string writing that characterizes the more reflective points in the movie. Then, the lullaby from "Mrs. Brown\'s Lullaby" enters about a third of the way in, supported (in a very Disney fashion) by full orchestra. Melodies from many of the score\'s more whimsical sections follow, this time re-orchestrated to match the rest of cue. The whole thing ends with strings and brass and voice, confirming to the audience what they already knew, that they all lived happily ever after.

Patrick Doyle has had a wonderful year, with Harry Potter and the Goblet of Fire followed by this delightful score for Nanny McPhee. The two scores could not be more disparate, but both display his clear voice, a fact that impresses in this age of conformity. I know you\'ll find much to enjoy in Nanny McPhee as you listen to a composer putting his own stamp on a branded style.