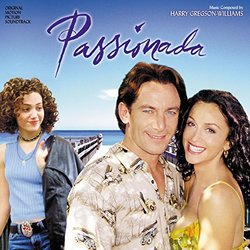 2003 was an extremely prolific year for Harry Gregson-Williams, and his scores spanned nearly every film genre, from the Latin-influenced action flick Rundown and the Irish drama Veronica Guerin to the minimalist electronics of Phone Booth and the swashbuckling Sinbad: Legend of the Seven Seas. Less mainstream was the romantic comedy Passionada, starring Jason Isaacs in a non-sinister role for once. The film was a 2002 release, but the score was not released until 2003. Gregson-Williams' bouncy score features acoustic guitarist Heitor Pereira and three songs in Portuguese.

Passionada has a similar acoustic feel to John Powell's I Am Sam, with light string arrangements backed by light, moving percussion rhythms. The Latin influences in this score are strong, with some interesting exotic instrumentation ("The Bakery", "Portuguese Fisherman"). However, Gregson-Williams still includes his trademark electronics in the background, similar to those in Phone Booth ("Vicky On Her Bike", "Vicky Has An Idea"). The main theme is beautiful, performed nicely by Pereira in "The Lighthouse" and then making its best appearance in the strings in "Foodplay" and "What Charlie Wants".

Three songs accompany Gregson-Williams' score, all performed in Portuguese, two by Portugal's diva Misia. They are nothing amazing, but work well with the Latin style of the music and add to the romance of the score. Gregson-Williams' music takes up just under half an hour on the album, but it is enough to appreciate his quieter side and his lovely romantic theme. This work confirms that he proved his diverse abilities in 2003.