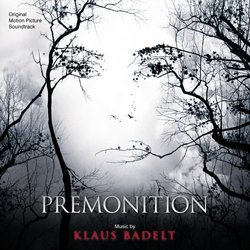 Klaus Badelt\'s career has seen a great variety of genres from the orchestral epic of The Promise and The Time Machine to the electronic-based thrillers of Equilibrium and The Recruit. I often find Badelt\'s scores difficult to predict. While generally effective in the context of the film - modern thrillers are generally low-key and electronic, dramas often have some ethnic scoring (K12, Ned Kelly, Beat the Drum) - I find them either hit or miss. One particularly good thriller score from Badelt was The Recruit, which was electronic, but featured a prominent and varied theme, which was developed into a dramatic climax. His latest score, Premonition, is more of a romantic and supernatural thriller than an espionage one, so of course, the tone of the score reflects that.

Premonition has a similar feel to The Recruit, but is missing both the thematic development and the dramatic direction. The score opens with a meandering string and piano-based cue "Premonition", which introduces a very simple motif in the piano. The score begins to pick up in "Severe Warning", but generally lacks any sense of motion and the music often stops between musical ideas, which especially slows down a score when half of the tracks are over seven minutes long. Bits of the theme start the longest cue, "Roommates and a Liar" in a slow, nearly ambient opening, which continues through the 10+ minute track. It is one thing for a score to work in a film, but score albums can be better assembled. A solo violin takes over the melodic presence toward the end of the track, which adds some interesting moments.

A bit of faster-paced material enters in "Inconsistencies" where Badelt throws in some electronic percussion and the first dramatic statement of the theme, albeit a short one. Following the slow 25 minute build up to this part, this cue seems like different score all together. After a rock drum cue in "Something\'s Really Wrong", the album returns to the quiet, meandering tone for another ten minutes before it ends with solo piano chords in "A New Life", a slight variation on the motif from the first part of the score. This isn\'t a terrible score. It is highly functional for the genre, but there is very little here to make a score album, especially one over 45 minutes in length, much of an interesting listen. Those who noticed the score in the film may be interested, but otherwise, check out some of Badelt\'s other works, such as The Promise.