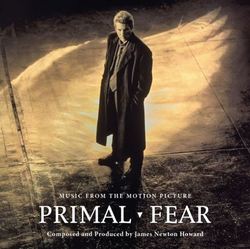 Remastered and expanded by more than 30 minutes over its initial soundtrack release, this special limited edition of 1000 units features previously unreleased cues, alternates, demos and more, and is produced by Dan Goldwasser and mastered by Doug Schwartz. The exclusive and in-depth liner notes are written by Daniel Schweiger and the crisp art direction is by Dan Goldwasser.