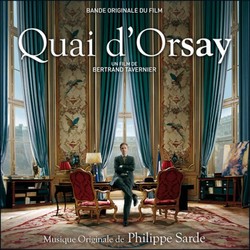 The new expected collaboration between director Bertrand Tavenier and composer Philippe Sarde, in his ninth film together.

The ironic and rhythmic score, masterfully written by Philippe Sarde has been recorded in Paris, orchestrated and conducted by Dominic Spagnolo, and performed by a great group of musicians, including Ridardo Del Fra (bass), Jean Pierlot (percussions), Fréderic Couderd (sax) or Raphaël Didjaman (didgeridoo). The album including four songs by Colette Renard and Bertrand Bugalat.

The booklet includes an exclusive interview by Stéphane Lerouge with Betrand Tavernier, discuss about the music and the film