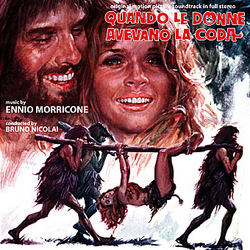 Digitmovies is pleased to publish the complete edition CD of the OST by Ennio Morricone for the comedy movie Quando le donne avevano la coda.

For our CD we were able to access the master tapes of the recording sessions where we discovered around 21 unedited minutes approved by the author. Morricone has written a lively and cheerful OST. It features an orchestra with beat arrangements and an amazing performance by the Cantori Moderni choir by Alessandroni. With Edda Dell'Orso, an exceptional vocalist.