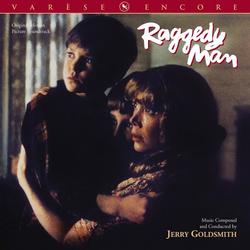 With our Encore Edition of Jerry Goldsmith's beautiful Raggedy Man score, the CD Club comes full circle. Raggedy Man (1981) is one of Goldsmith's most delicate and gentle scores. It was one of the scores that inspired the creation of the Varčse Sarabande CD Club in the first place and became the seventh release in the series, in the spring of 1991. That limited edition has been out of print ever since. It's been unavailable for 28 years!

Making a curtain call and providing the final encore for the CD Club's "Encore" series, it is only appropriate that Jerry Goldsmith takes us out.