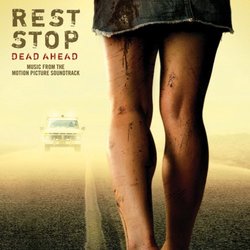 Bear McCreary has developed an interesting career over the few years that "Battlestar Galactica" has been on the air, consistently breaking the bounds of clichéd genre sounds in his scores. For his first feature film score, writer/director John Shiban ("The X-Files", "Supernatural") gave McCreary the freedom to express his creativity and the result is a quirky, unusual, and still ultimately creepy horror score. What makes this approach most interesting is that the film is both dark and bloody, and the score offsets that as opposed to cold, clichéd horror scores. Instead, McCreary uses an odd combination of electric banjos, distorted fiddles, and sadistic gospel lyrics to convey the twisted events on the screen. This approach gives the score a more prominent role in the film.

The score is also quite thematic. The main theme is for the character of Nicole, which is a haunting theme performed on the flute. This theme is introduced in "Stranded" and stated in full in "Nicole\'s Private Demon". This theme struggles for prominence throughout the score as it battles with the driver\'s banjo theme, as heard in the latter part of "Road Rage", which is a subtle nod to Ennio Morricone. This secondary theme also stands alone in the creepier tracks, such as "Tracy Kress" where it is backed by chilling vocals. A rhythmic section follows in the strings that returns to a more "Battlestar Galactica" feel. This film takes McCreary into much darker territory than "Battlestar Galactica", but there are still clear elements from the show that permeate this score, which can be attributed to McCreary\'s style. For example in "Road Rage", there is a jumble of harsh sounds, a mix of electric banjo and other electric strings, that reprises a sound from the "Black Market" cue from "Battlestar". This sound returns in "The Driver Closes In" and "Searing Heat".

"An Officer\'s Story" introduces the theme for the sheriff, performed on flugelhorn, which is a creepy take to a noir-sounding style. It returns in "A Plea for Death", in one of the more melodic cues on the album. This theme is not used as much as the others, the driver\'s theme taking a prominent role in the latter parts of the album and the flute theme only making brief reprises ("Trapped" and "Gasoline"). Nicole\'s theme comes back in full in "Memories of Jesse" with the electric strings briefly taking the melody from the flute. The last three tracks are when the score really wakes up, beginning with a cool action cue in "Gravely Mistaken Identity" that turns up the harsh electric guitar sound. Continuing into "Nicole Fights Back" the score almost becomes a rock song with the rhythmic electric strings and guitars. The finale track builds the driver\'s theme to a climax, including a quiet moment in the middle when the film tries to fake the audience and Nicole\'s theme returns, but the driver\'s theme has one more reprise at the end.

The last theme in the film comes in the form of a song tacked on at the end, but it\'s a sadistic gospel song for the Winnebago family in the film. Two other songs open the album, also written by McCreary and both maintaining the odd mix of quirky and creepy. Raya Yarbrough\'s singing on "All That Remains" is actually pretty cool, a vocal version of Nicole\'s theme.  This was actually used in the bar scene in the recent "Battlestar Galactica" episode "Takin\' a Break From All Your Worries", because Edward James Olmos, who directed that episode, liked it on the Rest Stop soundtrack. This score is a fresh take on horror film music, just like "Battlestar Galactica" was a fresh take on Sci-Fi scoring. As much as I love the "Battlestar Galactica" music, I am curious to see what McCreary does on future films. Only someone who would score a space battle with Taiko drums would compose an electric western score to a horror film - but in both cases, they work perfectly.