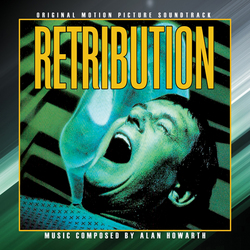 Previously released on compact disc by Silva Screen Records in the early 1990s, Dragon's Domain Records is excited to bring Retribution back from beyond the grave, with previously unreleased music and newly remastered by James Nelson at Digital Outland. The booklet includes exclusive liner notes written by author Randall Larson, with the participation of composer Alan Howarth.