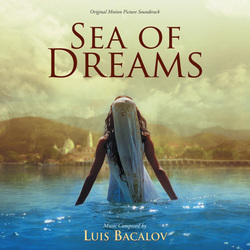 Luis Enriquez Bacalov, the other famous Argentine film composer, has been working, mostly in Italy, for over four decades now. Having studied under Arnold Schoenberg he emerged, blinking into the bright lights of the early 60\'s Italian pop industry, and like Ennio Morricone found himself at RCA Italiana arranging for the likes of Rita Pavone and Gianni Morandi. Unsurprisingly, he gravitated toward film, and even more unsurprisingly he composed for Italian westerns including Django (1966), and, in 1968, A Bullet for the General which was composed entirely by Bacalov, and not even remotely by Morricone, who had no involvement at all, despite a "supervised by" credit, which was entirely a marketing ploy with no ground in truth.

Many films followed, and Bacalov found himself a very in-demand composer, able to turn his hand to most genres. Never a particularly famous name, at least not outside Italy where he was very in demand, he nevertheless established himself in that pantheon of Italian composers such as Piero Piccioni, Riz Ortolani, Armando Trovajoli, and Francesco de Masi, whose name always equalled at least a highly enjoyable listen.

Having fallen out of sight a little in the late 1980\'s he re-emerged with a new style and huge success with Il Postino (1994), with a sublime, delicate, romantic score few imagined could come from his pen. Sea of Dreams is in the tradition of Il Postino, but is no mere clone. This is a lovely score, fragile, rhapsodic, but wholly cohesive, with a shade of pathos to temper the lightness of tone. I\'m not a particular fan of pan pipes, as they became rather anachronistic in the 1980\'s, synonymous with any number of easy listening filler LP\'s. However, although used here, they feel organic and pertinent, and are not overused.

Wordless female lyrics are utilised (called vocal stylings here – how MOR is that?!), but they lack the power or beauty of say, an Edda dell\'Orso or Lisa Gerrard, and I\'m sorry to say detract rather than add to the power of the score. What does work though is the melodic theme that pervades the whole piece. I haven\'t seen the film, but one look at he cover and you know the mood the director was striving for and Bacalov has achieved that. It\'s a very romantic, optimistic, gentle piece, and demonstrates a style of scoring seldom seen today, inasmuch as it lacks irony, self-consciousness, and a heaviness of touch. It is the work of maturity, of a composer in touch with the subtleties of character (this is even evident not having seen the film as its subject matter - that of love, faith, myth, human relationships – completely turns on the understanding of human nature and belief systems) and whilst a younger composer could have done justice to such matters, it would seem the depth of feeling needed to convey such abstract ideas, and there is depth of feeling here, is better conveyed by an artist who has lived a life. Having read some reviews of the film the director, José Bojorquez , has not managed to live up to the task of recreating what is in essence a mystical parable in a meaningful way, instead producing a beautiful to look at film that lacks depth, and heart.

Bacalov\'s score however, seems to have managed what Bojorquez has not, and has produced a soundscape that captures the ephemeral nature of love, loss, hope, redemption and a simple joie de vivre. It is best listened to in its entirety, its power is cumulative, the whole greater than the sum of its parts. Individual tracks that satisfy are the more sweetly melancholic ones such as "The Love of the Sea", and "La Victoria". Welcome too are the diegetic songs and dances that weave in and out, providing a nice counterbalance to the pervading mood and adding a nice sense of place to the proceedings.

It\'s admittedly difficult sometimes to ignore some striking similarities in some of Bacalov\'s phraseology to Morricone, but it could be argued that there is a definite Italian film music "sound" that pervades through all these main composers\' work and such a similarity can be inevitable. After all, for years a lot of people thought that Nicola Piovani was a Morricone alias, and that Bruno Nicolai passed off Morricone cast-offs as his own. This is all grossly unfair to all concerned, these composers know each other, are aware of each others work, so naturally, there will sometimes be a passing similarity to each others work. It\'s because of Morricone\'s prolific output and heightened public awareness that people assume that everyone is influenced by him, and not perhaps the other way around.

Seek out Sea of Dreams and be swept away by true master of film composition with a beautiful and sensuous score.