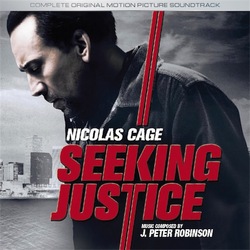 Nicolas Cage starred in the movie that J. Peter Robinson composed this suspenseful score for. Too bad that nobody saw the film, because the music is first rate. It perfectly captures the dark and moody spirit of the story. Fans of atmospheric film music will love this album!

We only pressed 500 copies, most of which are going to the composer and director Roger Donaldson. We are selling the remainder to fans and collectors to recoup production costs. This album was produced by JPR and Robin Esterhammer for promotional purposes of the composer.