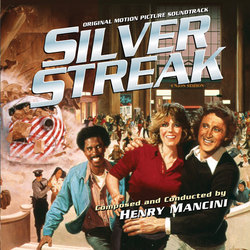 In 2002, Intrada premiered Henry Mancini's score to Silver Streak. At that time, the original scoring sessions, captured by Dan Wallin on 35mm magnetic film and vaulted by 20th Century Fox, had suffered so much damage and deterioration over the first twenty years that when Intrada first presented the music, it was necessary to release the entire score in mono sound from the composer's own 1/4", 71/2 IPS, fulltrack safety copies of the music, with only the surviving highlights appearing in stereo. Neither the main nor end titles—as well as several other cues—were salvageable. Now, some 14 years later under the careful, steady hand of restorationist Chris Malone, Intrada is able to present the score in stereo. Some may note this release has a shorter running time than that first Intrada CD, but that is because the current condition of the stereo elements no longer requires duplication of music from the mono sources.

Henry Mancini wrote his score for Silver Streak with the triple purpose of highlighting outrageous comedy, illuminating tender romance and underscoring thrilling action—three tasks not easily combined. He met the challenge by writing just two themes—one flexible enough to handle the majority of the dramatic and comedic needs and one to highlight the romance. He obtained further contrast through changes of style, color and tempo—even while the harmonic vernacular of both themes remained constant. The results suited the picture to perfection and every facet of Mancini is represented in this sparkling score.