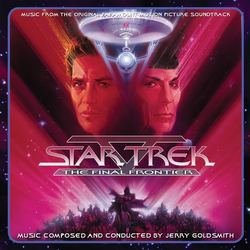 In-depth, exclusive liner notes by Jeff Bond and Lukas Kendall take you behind the movie and its music. Bruce Botnick also contributes exclusive comments. Art direction is by Mark Banning.

This is a limited edition of 5000 Units.