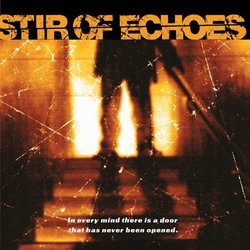 by David A. Koran December 26, 1999
3 / 5 Stars
It's hard to believe, that a score purist like me actually has to rate the included songs on this CD higher than the moody score by James Newton Howard. I can't say that it's a trend for Howard, since his Snow Falling On Cedars score in mid-December was more along his usual expected style. Maybe with the film being overlooked upon entering the theaters also can attribute to the lack of appeal of the music, but one will never know.

James Newton Howard's score for the CD appears on eight tracks, most which last less than two and half minutes a piece. But hey, like I said earlier, the songs, including GOB's cover of the Rolling Stones' "Paint It Black" that was used in the trailer, are much more pleasant to listen to than the Howard spook-fest. The film itself stars our favorite game-boy, Kevin Bacon, as a man who's hypnotized by his sister and begins to see horrifying visions about a murder of a girl. Not much to really run on as a thought provoking story, but then again, they've made sequels to Scream, Friday The 13th, and Nightmare On Elm Street, so I guess any spooky story will fly with the American moviegoing audience nowadays. I mentioned the songs stand out, and besides the GOB cover tune, Poe's "Hello" and folk-tress Beth Orton's "It's Not The Spotlight" are the keepers from this CD. As for the rest of Stir of Echoes, enjoy… but with some caution.